On Tuesday, hundreds of people came together to attend the funeral of an Israeli soldier who had been killed on the previous night in the West Bank in a friendly fire incident.

20 year old Nathan Fitoussi was shot date on late Monday by a fellow soldier in the Kfir Brigade. He had been returning from a prayer break and a guardpost had apparently misidentified him.

The incident occurred close to the Palestinian city of Tulkarem, along the security barrier of the West Bank.

The solider had newly emigrated from France and his parents eulogized him in French. Salome, his sister, said in her speech that her brother was extremely generous.

She said that Fitoussi was always giving to others and the almighty had taken him because of his goodness.

She told the mourners that her brother had brought them to Israel. Salome called him a hero and added that she had learned a lot from her brother.

Salome went on to say that he was always smiling and ready to help everyone. She called him a pure soul and thanked God for taking him, urging the mourners to do the same.

The commander of Nahshon Battalion of Kfir, Lt. Col. Ran Cohen was full of praises for Fitoussi and said that he had been a beloved and good friend.

Cohen also stated that the soldier was always the first one to volunteer for tasks. Speaking to his family, the commander said that they would walk with the family and strengthen and support them.

A Fitoussi family friend, Meir disclosed to reporters that the soldier’s parents did not have any anger towards the solider who had shot their son fatally.

He said that they did not blame the soldier for firing and were actually sorry for him and would probably want to meet him as well.

The preliminary investigation of the IDF revealed that the open-fire procedures of the military had been followed by the solider who shot Fitoussi.

This process involves asking a suspect to halt, fire a shot in the air and only use deadly force if they feel threatened.

Fitoussi had gone to pray and had told his comrades near Tulkarem that he would be back in a short while.

However, a military spokesperson said that when he had returned, one of his comrades shot him in accordance with their arrest procedure.

The shooting had happened late at night and the initial probe revealed that the pair had been at a distance of several meters.

The deceased soldier had been shot twice and it remains unclear as to why he was considered a threat. Aviv Kohavi, the IDF chief, and Maj. Gen Yehuda Fuchs, conducted the initial probe with other officers.

A ‘panel of experts’ was also put together for investigating the incident further and Col. Liron Briton was chosen to lead this panel by Fuchs. The findings will be presented by the team to Kohavi.

The Military Police is also investigating the incident separately. 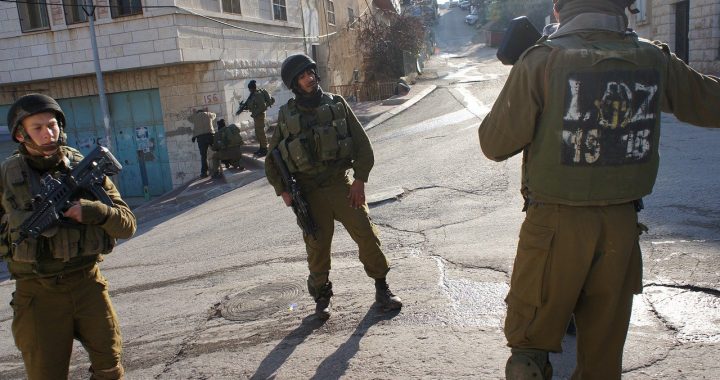 The Israel-Palestine conflict enters the fifth day, with no sign of it easing.