There is only one way of testing your skills, training and practice which is by entering or participating into a contest or competition. Similarly, every sport is a challenging sport which puts to test your skills and training subsequently. Likewise, the game of soccer too is a sport of practice, skills, training and nerve testing. This soccer test is hence conducted during a match only if the player has brought these elements into the game.

Passing – An Important Element of Soccer

Avram Grant describes that ‘passing the ball’ is one of the most important element of testing soccer abilities. Every player on an individual level is being tested each time he is stepping into the soccer field.

Passing is the ability as well as a strategy through which a soccer team holds possession of the ball as long as they want to. Holding possession for long-term involves passing the ball in and between the players. Each team understands the critical need of passing which is why we can see players passing the ball back and forth and then executing their finishing move.

For Avram Grant passing holds an importance place because he believes that passing is the creator of opportunities and outcomes. Teams contest against each other because they need an outcome, preferably a positive one. Since passing is the creator of outcomes, therefore, soccer players constantly switch players through passing. The passing on the other hand is not meaningless nor is it used for wasting the time. In fact, while passing, players are working on a plan which is then executed through a formation formed with mutual consent and decision.

It has been seen over hundreds of occasions when this important aspect of soccer has been ignored by players individually. Without passing the ball, they took hold of ball’s possession and took it to an extreme level which ended with scoring a goal. But the element of passing is ignored by exceptional players only because they believe they can play an individual role for and on behalf of the whole team. However, the exception of not-passing the ball is enjoyed by a few players in the world because team managers know that not each player can execute an impactful finishing move.

While being part of the team, a player is required to pass the ball to his teammates. For that you need to develop a strong bond with your teammates on the basis of trust. You must understand that each of your teammate is entitled to receive a pass from you. You shouldn’t pick one or two teammates of your choice with whom you want to share the ball. Otherwise you will be labeled as a selfish player on the field who has also failed in posing his trust on the teammates.

Non-Passing Is A Major Issue

The biggest issue in soccer playing is ‘non-passing’. There are always players who like to keep the ball to themselves. This is because that either they do not trust others or that they don’t need to pass because they can score a goal without anybody’s help. This type of thinking is negative thinking and must be curtailed before it becomes excessive.

Similarly, there are situations when a player has entered into a big contest and he is feeling the pressure which has eventually locked his ability of passing. Although, it is not a major problem as non-passing because the intention is there yet it is a mild issue which usually lasts shortly. Big games could be nerve-racking which could even adversely affect the skills of an experienced and skillful player.

Then there are players who think it is not necessary for them to pass the ball because their dribbling skills are superior. Again this is a negative thinking because it doesn’t matter how good you are at a certain thing. The fact is soccer is a sport whose foundations are based on collective efforts of each player in a team. In addition, the sport of soccer is strategy based game and forming a strategy generally involves more than one person. Without the coordination and cooperation of others, none of the soccer strategies can be planned and hence results cannot be produced.

An Objective Based Strategy

Passing is not purposeless and instead it is objective based i.e. ensuring that the ball remains in possession of the team. However, the ultimate objective of passing is to challenge the defenses of opponents by passing the ball for effectively executing offensive tactics. On the other hand, passing keeps the defense lines of opponents scrambling, tired, fatigued, frustrated and exasperated.

In soccer, the strength of a team is determined on the basis of the team’s passing ability. If the passes are accurate and players are able to receive the passes smoothly, then that means the team is strong. However, in case the passes are inaccurate, ill-organized or the same are received by teammates in discomfort manner, then the team is weak. It is thus the duty of the coaches to encourage players to pass the ball frequently so as to keep the momentum going. A player has no place in a soccer team if he has no understanding of the science of passing the ball with teammates.

Avram Grant also explains that it is not necessary that each pass has to be accurate and perfect. There could be imperfect passes and thus the players need to remain vigilantly active on the field for receiving the pass even if the inaccuracy can be curable. In this connection, each player should keep an eye on the ball even if the teammate is at a far distance. Take an example of famous Spanish soccer player Zlatan who has scored several unorthodox and unique goals where the passes were inaccurate yet he managed to make each of them count.

Passing essentially is a key trait which every player must possess if he is driven by the hunger of advancing in soccer playing. You should understand that good passes can create opportunities of expected outcomes and therefore every player must focus on passing. 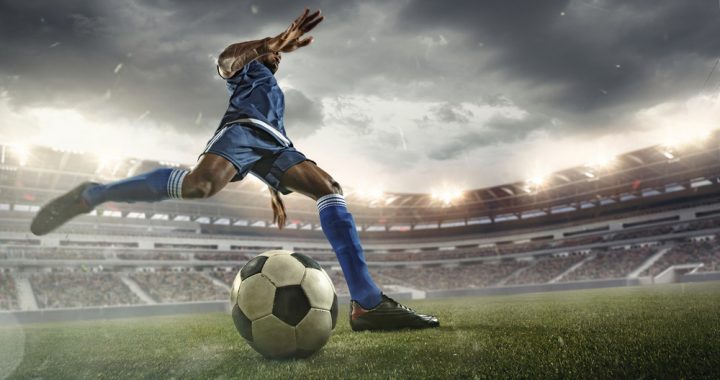